In the midst dealing with two highly dramatic and energetic, yet adorable, boys (which means going to parks,

and going to school),

I have lots of other stuff going on. We are toying with the idea of moving. That means meeting with realtors, internet research, driving neighborhoods, conversations with banks, going to open houses, etc. It's been both exciting to think about the possibilities and depressing to come to grips with the realities.

Then there are the adoptions...I'm expending a lot of time and energy and all I'm really doing is spinning my wheels. Besides being obsessed with reading adoption blogs and forums (and checking them an embarrassing number of times a day), I've taken up working on the blog for one of my adoption agencies where I've posted 6 days a week for the last four weeks.
All this is my explanation as to why by blog (and the friendships I had formed with other bloggers) has suffered. It's not really much of an excuse though...

Life is a juggling act, especially for mamas. But I've been letting some of the balls drop.

I'm hoping to get back into the blogging (and photography) swing of things
Since this blog is a photo album and journal for my family I would really like to do a Christmas recap (how late is too late?), more posts about the boys (especially some Who's Who? posts) and photos of me and the boys (otherwise known as 52 weeks or Shoot Me). Sense I'm so far behind on Christmas recap, maybe this isn't too late for a New Year's resolution...to start carrying my camera more and documenting our life through blogging a photography again.

Meanwhile, in the several days it took me to actually finish this post, we've moved up another spot! Here's to the great juggling act and moms everywhere!

You know you are a mom when...

You know you are a mom of preschoolers when you go out for the day wearing this lovely assortment of "jewelry:"

You know you are a mom in the process of adopting when you check your adoption agency's "news and updates" blog every 5 minutes. Today it paid off...on the waitlist, we are now #: 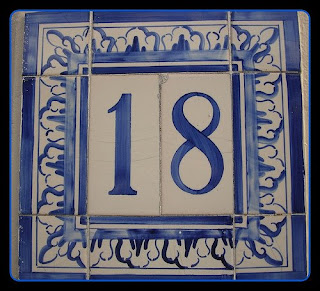 I saw this on another blog and I thought it very appropriate...because today is Martin Luther King day and because one day I will have two children who are considered minorities.
"Rosa sat so Martin could walk…
Martin walked so Obama could run…
Obama ran so our children can fly!"
at 7:33 PM

I promise that at some point this blog will be about something other than our family moving up the waitlist but we are excited and a bit surprised that we moved up three spots in the past two days. I need to get back to writing about the boys and daily life...if only daily life weren't so time-consuming!
at 10:02 PM

The process of adopting from Ethiopia is very different than China's process. For Ethiopia, adoptive families go on a wait list with their agency, which is working with one or more orphanages. After children are brought into the orphanage and relinquished by their birth relatives, the agencies notify the waiting family on the top of the list that they have a new son or daughter. Everyone else on the wait list then moves up a spot.

On December 16, 2009, we were placed on our agencies wait list at #24. We have since moved up a spot.
And today another child was matched with their forever family. For me, it is always a bittersweet celebration. I'm thrilled that a family has just been matched with the child that they've been hoping for and dreaming of for so long. I'm thrilled that a child will not grow up in an orphanage but instead with a family that loves them. But for every child that gets referred to an adoptive family, there may be a birth family mourning their loss.
We are now #22 on our agencies waitlist... Scott and I were required to bring an Ethiopian dish to our international adoption class' potluck. Though I am a lousy cook and have never made Ethiopian food before what concerned me most about this request was the fact that there were not one, but two, Ethiopian women in my class. So, I have to make Ethiopian food for Ethiopians?!?!?!?!
After looking over some recipes, I decided to try and make dabo kolo, a small bread type snack. It appealed to me as it only required one exotic ingredient and looked like something the whole family, Jack and Logan included, could make together.
Here is the recipe:
Ingredients
2 cups wheat flour
2 tablespoons berbere*
1 tablespoon sugar
1 teaspoon salt
1/2 cup water
4 tablespoons butter, softened (room temperature)

* Berbere is a collection of finely ground spices including hot cayenne pepper, garlic, sweet paprika, ginger and cloves. I bought mine at a local Ethiopian merkato (market) but you can substitute cayenne pepper if you don't happen to have berbere in the spice pantry.

(This recipe is from Recipe Zaar.)
Luckily, when I was at the merkato buying berbere I bought some pre-made dabo kolo. We had never had it before so it was our control subject. The store bought varieties were very crunchy. Unfortunately, the ones we made were hard on the outside but a bit doughy in the middle. Next time we will try making them a lot skinnier.
We were told by one of the Ethiopian women in our class that she makes them without berbere and much much smaller. Knowing how Scott likes to experiment in the kitchen, I'm guessing there are some cinnamon dabo kolo in my future.
at 8:13 PM